"Education is everything,” she’d say. “If I had more of it, maybe this whole thing about my mother wouldn’t have been so hard. That’s why I’m always tellin Davon, ‘Keep on studyin, learnin all you can’”(251-252). -Deborah 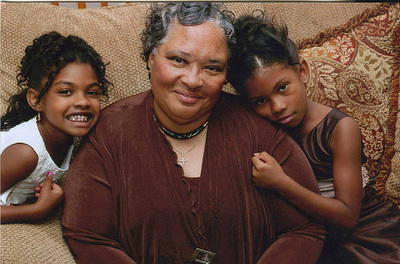 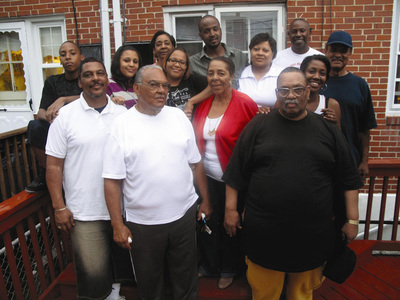 Photo one: Deborah with her brother Sonny's granddaughters.

In the book, The Immortal Life of Henrietta Lacks, the lack of education in the Lacks family is a common thread running through the generations. Deborah, Henrietta’s daughter, tells Skloot her journey would have been easier with more education. Henrietta and her family throughout the book try to tackle the complex scientific discoveries that her cells have provided. The contrast in education and power between the predominantly white male doctors and scientists and the Lacks family is evident. This gap in knowledge prevented Henrietta as well as her family from questioning the procedures during and after her fight with cancer. The power dynamic is apparent when the reader learns that Lacks has not been told “that the treatments had left her infertile.” She states that “if she had been told so before, she would not have gone through with treatment.” The doctor’s disregard of Henrietta, a black woman living in the south in the 1950s, and Henrietta’s trust, or what some would call submissiveness to white authority, was the cause of this miscommunication.

Henrietta Lacks found herself right in the middle of the oppressive time known as Jim Crow. She grew up in Clover, Virginia where she attended a segregated black school when she was not working on the farm: “During the school year, after taking care of the garden and livestock each morning, she’d walk two miles - past the white school where children threw rocks and taunted her - to the colored school, a three-room wooden farmhouse”(20). Henrietta, unfortunately, had to leave school after the sixth grade in order to help provide for her family.  Henrietta’s educational circumstances not only prevented her from being able to understand, or even question, her medical procedures; but, also influenced her compliant attitude towards white authority. Her family suffers from similar circumstances when dealing with the medical world.

Lacks and her family are unable to protect themselves from outsiders - predominantly educated white males - benefitting from using her cells for their own ends. We see this when Day Lacks receives a call wondering if renowned geneticist Victor Mckusik and his and his team could take the blood of Henrietta’’s children for gene mapping, Skloot states, “Day wouldn’t have understood the concept of immortal cells or HLA markers coming from anyone, accent or not - he’d only gone to school for four years of his life, and he’d never studied science… So he did what he’d always done when he didn’t understand something a doctor said: he nodded and said yes” (183).  This wasn’t the first time Day had gone along with doctors' orders: “When Henrietta died, Day had agreed to let her doctors do an autopsy because they told him it might help his children someday. They must have been telling the truth, Day thought” (184). Deborah, like her father, did as the doctors said and allowed them to take her blood, thinking the whole time that the purpose of the tests was to see if she had inherited her mother’s cancer. Several days later, she began to call John Hopkins asking for her cancer results. Of course the operators did not know what she was talking about, leaving Deborah scared, stressed and confused over her faulty assumption. When asked about Day’s understanding McKusick’s assistant responded, “I think Mr. Lacks pretty much already knew that his wife made a contribution and are very aware of the value of Hela cells. They probably heard people talking that cell line is such important thing… They are very nice family, so they very nicely let us draw blood” (183). Day’s ignorance allowed the doctors to take advantage of him and his family. Education is a vital tool and the Lacks's story proves this. However, they are the victims of a vicious cycle going all the way back to the days of slavery, Plessy vs. Ferguson, and the Jim Crow era. The Lacks's story raises the question, have opportunities in our education system improved in our current generation or is the Lacks family just one of many families who still fall victim to the racial inequities and prejudices inherited from our past.
Citations: